Antonio Juan, who took over Johnny Mazza’s barber shop in 2017, found this clock in the back of the shop. 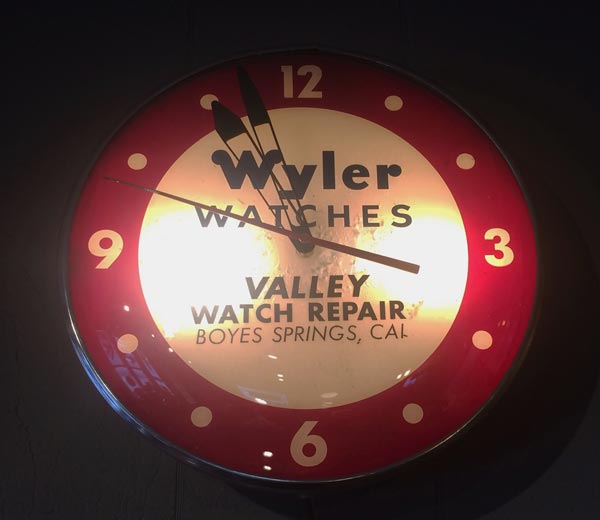 Valley Watch Repair was started in 1954 by George R. Trueman, who previously ran a jewelry store in Sacramento. The shop was located in the Kinucan building, at first. This building, once called the Central building, was located on the highway, on the land that now features the Sonoma Mission Inn employee parking lot. At the time Trueman moved in, part of the building was used for the Boyes Springs Variety Store, run by the Polidori family. 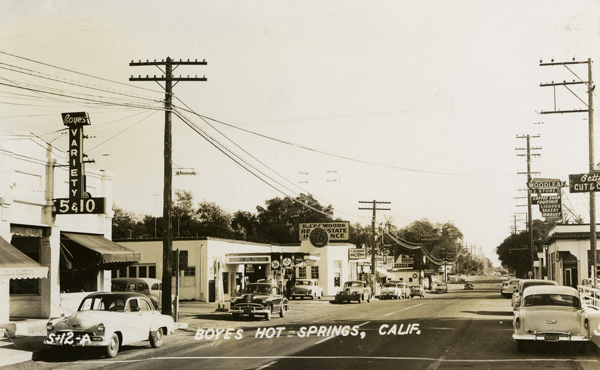 In this post card photo by Zan Stark, the Variety Store is at left. The cars date the scene to 1954. 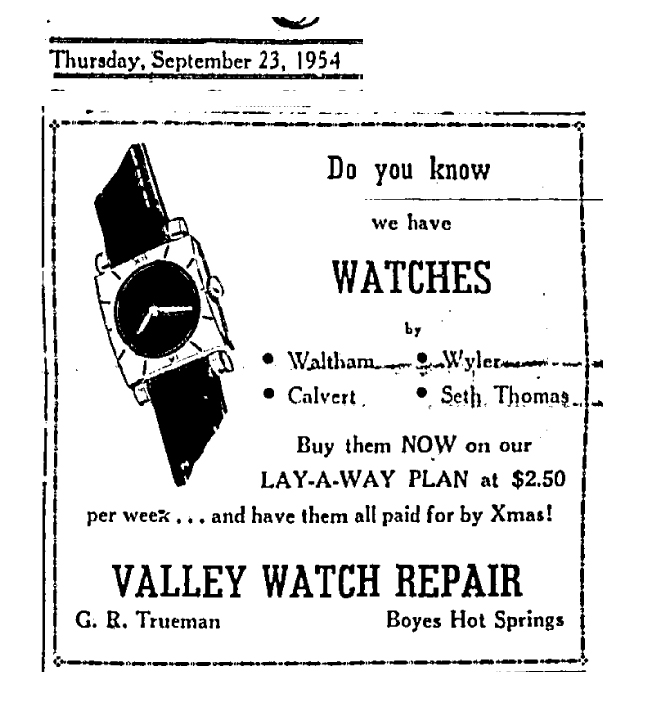 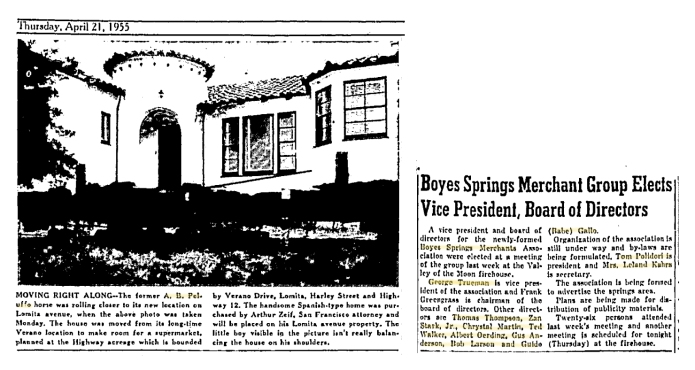 George Trueman became active in the business community. In 1955 he was elected vice president of the newly formed Boyes Springs Merchants Association. President was Tom Polidori. Zan Stark and Babe Gallo were directors.

(The photo caption on the same page tells of the former A.B. Peluffo house being moved from the site of the new shopping center at the corner of the highway and Verano Avenue. Pellufo was the developer of the Plaza Center building which houses the post office in Boyes Hot Springs.)

In 1956 Trueman moved his business to the former Saul Becker real estate office adjacent to Gallo’s Service station on the east side of the highway, near Arroyo Road. (Gaye Notely left for Berkeley a few days later, as we ;earn on the same page of the Index Tribune. Much later she would become Gaye Le Baron.) 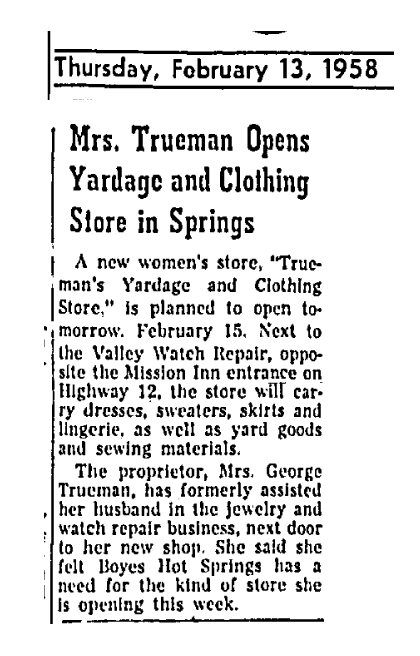 Mrs. Trueman opened her yardage and clothing store next to the Valley Watch Repair, “opposite the Mission Inn entrance on Highway 12…” in 1958.

The indispensable Zan Stark provides a view of the Mission Inn entrance.

In 1961, the Truemans sold their businesses and embarked on a cross-country road trip, saying they would return to Sonoma Valley. And return they did, in 1962, and set up business in Frank’s Hardware. 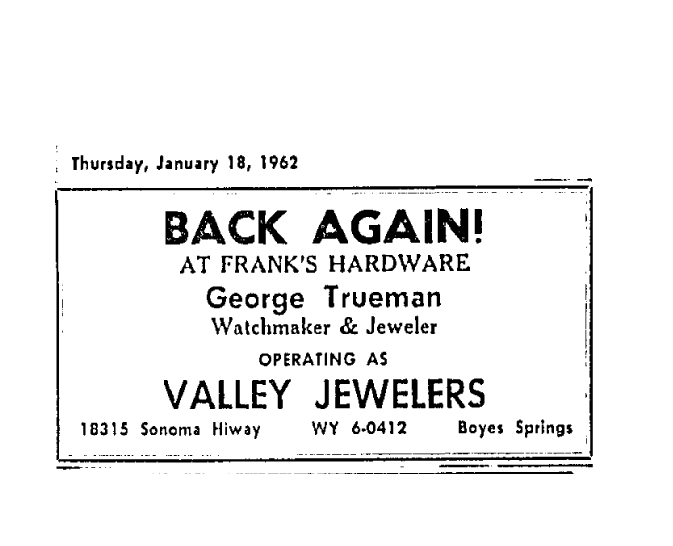