Hotel Grounds Subdivision, circa 1917. the “Hotel Grounds” was one of the subdivisions established to sell building lots. Others were Boyes Springs A and B, Woodleaf Park, and many others. Most of these lots exist today (2014). In a previous land boom, in the 1880’s, elaborate maps were drawn up, with named streets and lots, none of which survive.

It’s interesting to note the canal that ran from the hotel, down Pine street, to the bath house. Around the hotel are located cottages, the theater, the depot, and other buildings, all of which can be seen in photographs from around 1917. 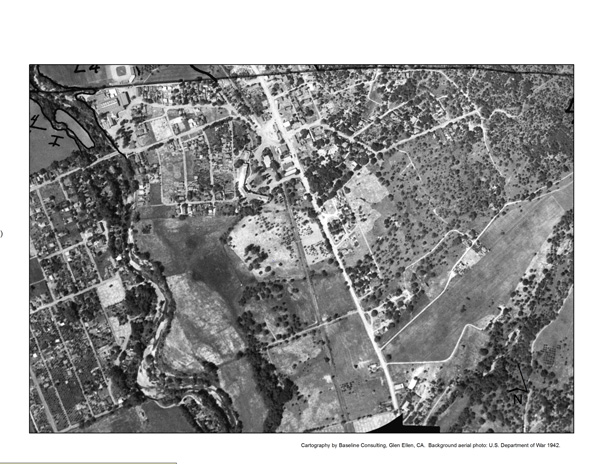 1942 War Department aerial photograph of Boyes Hot Springs. The Sonoma Mission Inn is clearly visible. (In the upper left hand corner you can see the Boyes Bath House complex and the baseball field.) There is not much building on Highway 12 south of The Inn. Is this because of the fire of 1923, or was this area just not developed by 1942?

Thanks to Arthur Dawson for this fascinating photo/map.

This map from 1927  shows all of the subdivisions extant at the time and is entitled “Resort Map,” which shows that real estate development was not considered to be for the purpose of permanent housing. 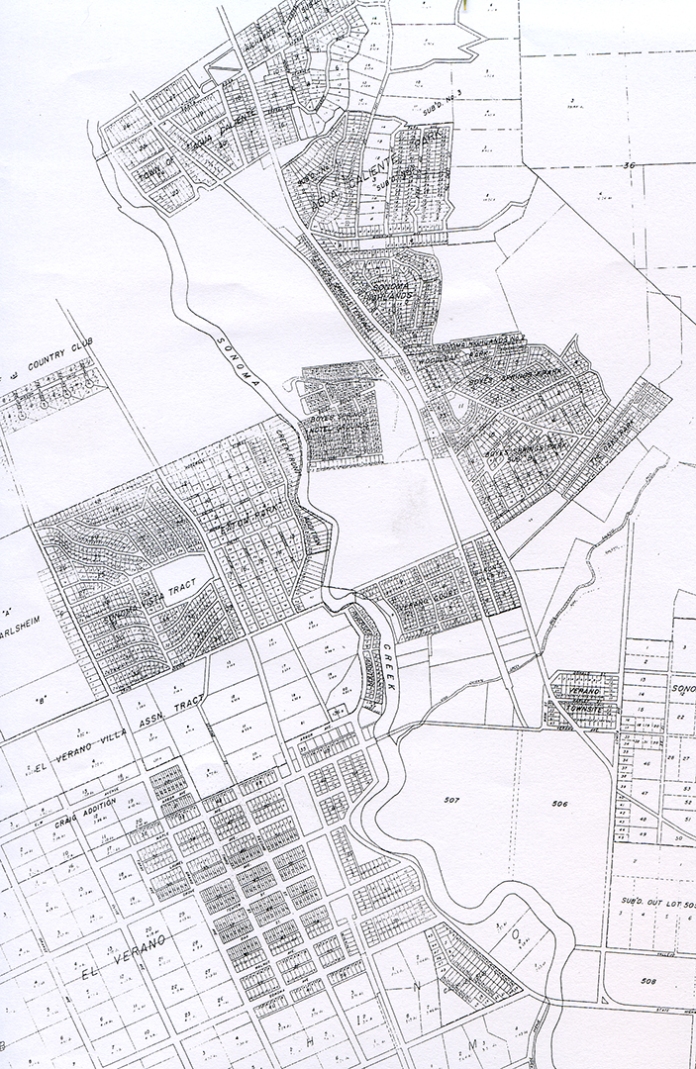