The earliest mention of Keaton’s Shack in the Index Tribune is in 1949, which was a busy year for the Springs. The Boyes Bath House recorded it’s largest ever Sunday crowd, so said an article on June 10, 1949. An adjacent article told of the Boyes Hot Springs Booster Club’s folk dance class being held at Keaton’s shack (Monday night, 7:30). The previous month the North Bay Portuguese Barbecue was held at Keaton’s. The attendance was 250 people. On June 3, 1952, the IT announced a “three day confab” of the California Embalmers Association, which finished up with a “gala barbecue” at the Shack. In September of 1955 the valley Chamber of Commerce held its barbecue at Keaton’s. 1955 is the last mention of the resort in the Index Tribune.

The post card with nine images is unusual. Real Picture Post Cards, as they are known, usually have only one. At right center we can see “Ray and Frank’s Stumble Inn,” the red building that still stands (see below), and the barbecue shed at top right, which also is still there. The crumbling structure in front of the Stumble Inn (below) is the dance floor. The old gate and house seen in the top center photo are still standing (2015). (Thanks To Bernice Thorstenson for the post card.) 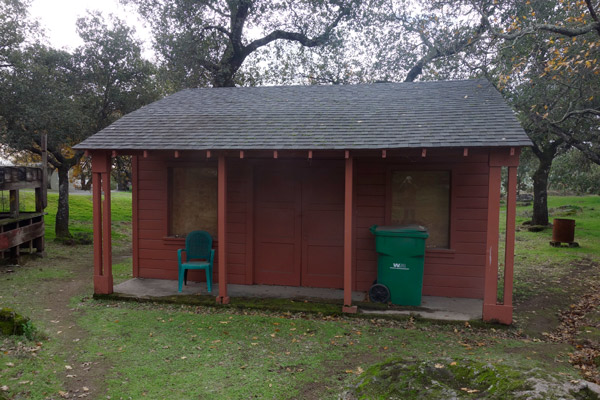 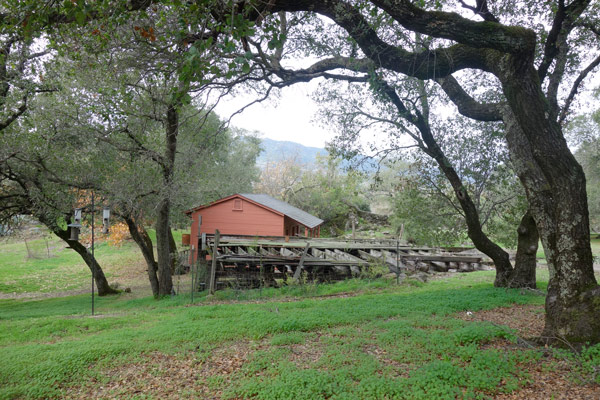 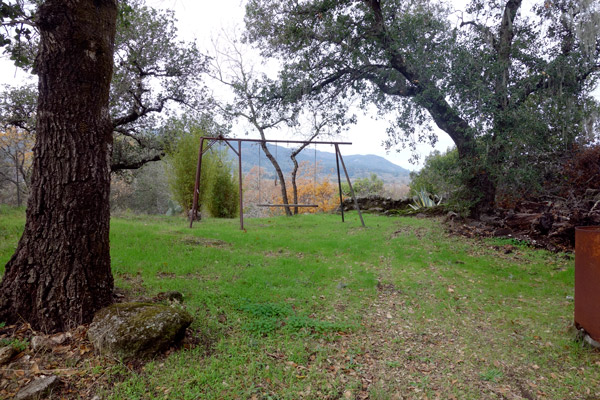 I couldn’t resist adding the old swing set with Sonoma Mountain in the background. It bespeaks the ephemeral and the eternal.