The history of railroads in Sonoma Valley is complicated and confusing. It started in the 1860s and included at least 15 different companies, but by 1889 there we just two: the Santa Rosa and North Pacific, and the Northern Railway. The SR and NP became the Northwestern Pacific in 1907, and Southern Pacific subsumed the Northern in 1898. The NWP tracks were on the east side of Sonoma Creek, with a depot in Boyes Hot Springs, and SP on the west, stopping at El Verano. The old rights-of-way can be glimpsed in some places. Sierra Drive in Boyes is one location. See https://springsmuseum.org/2018/03/29/sierra-drive-meincke-road/

A precursor to the NWP, the Sonoma Valley Railroad, existed until 1889. In this schedule we see that it visited a stop called Pioneer Grove. This was the name used before Boyes Springs was used.

The railroads served the populace of San Francisco, primarily, who wished to spend warm summer days at the resorts. They came in their thousands by rail. But as early as 1920, the railroads were challenged by bus lines and automobiles. (The “auto-camp,” precursor to the motel, originated in the 1920s.) The Index Tribune reported in 1921 that executives of the NWP were considering new, modern electric cars on the Santa Rosa-San Rafael line to counter the competition from buses. To no avail. In 1930, the Glen Ellen depot was eliminated.

The editorial comment in the IT was prophetic. Rail service was gone by 1942.

Following is a collection of images of depots in Sonoma Valley, with some maps, which are courtesy of the Northwestern Pacific Railroad Historical Society. 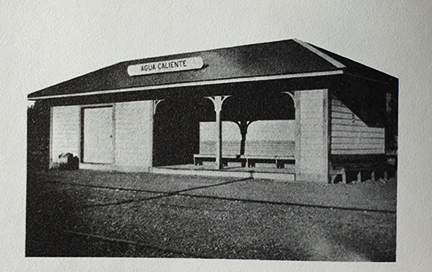 A later Agua Caliente depot? Similar to Boyes Depot of 1923 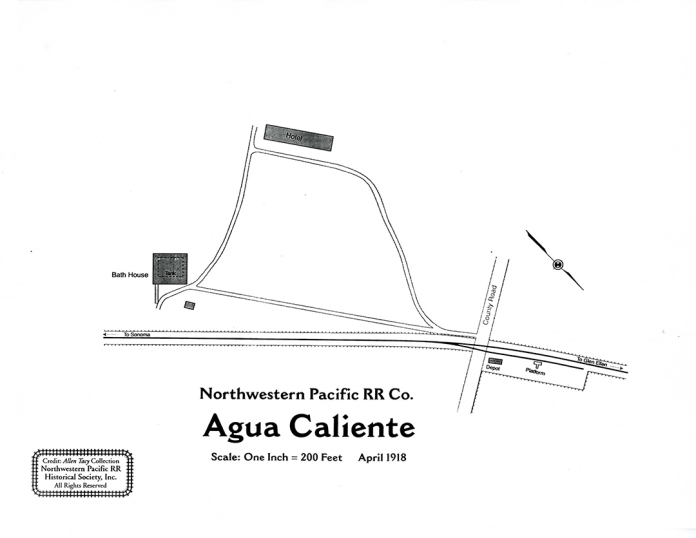 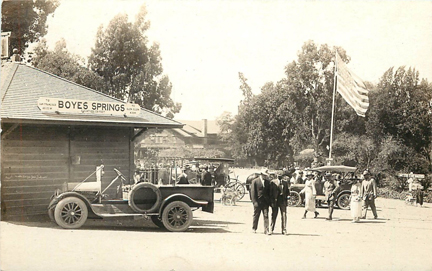 The name was changed to Boyes Hot Spring at least by 1908, but Model T production started in 1909, so perhaps all of the signs were not changed at one time. 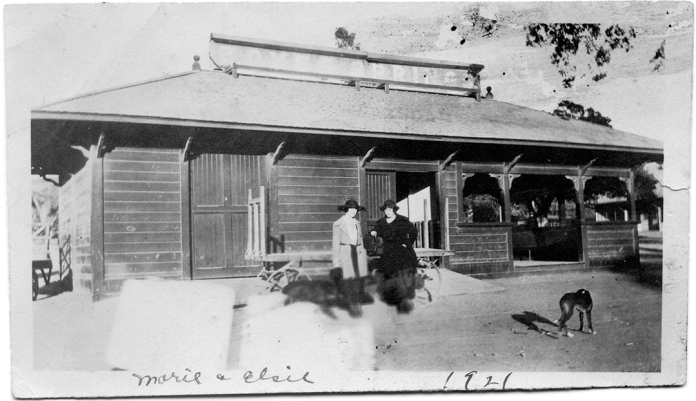 Marie and Elsie stand in front of a depot called “Boyes Springs,” in 1921. apparently the word “Hot” in the name came and went. This station was destroyed in the fire of 1923.

1916 map showing the old hotel and the canal that ran down Pine Street.

Still from the 1923 Harold Binney movie “Account of the no-account Count.” The film shows the train arriving at Fetters Springs. 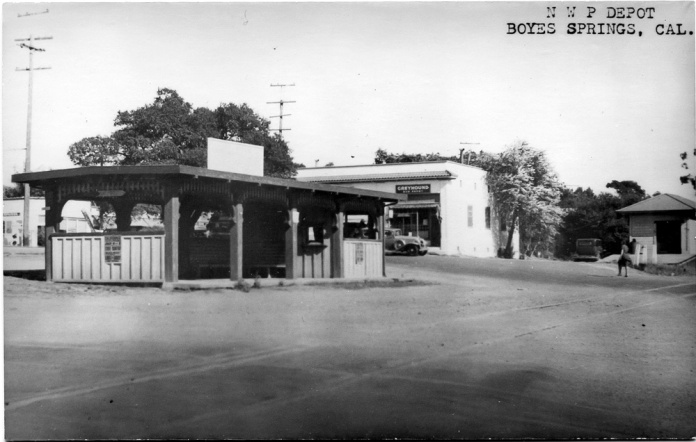 Boyes Hot Springs depot in 1942, the year service ended. The Woodleaf Store can be seen behind the depot.

The Verano depot, across the creek from El Verano. 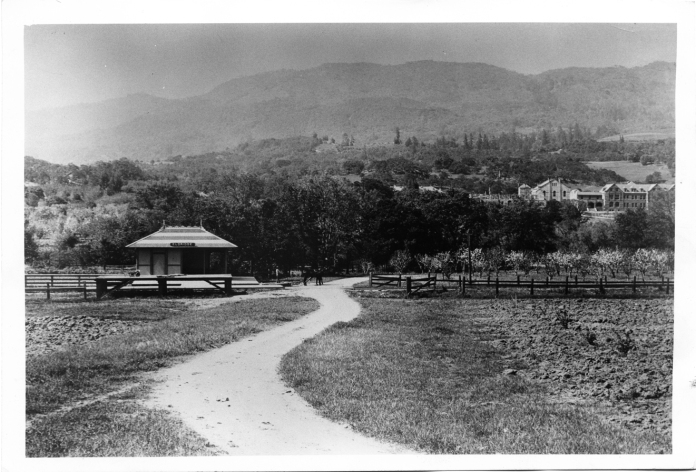