In June of 1945, Bob and Edith Lanning were granted a license to sell alcoholic beverages at their B&E Café in Boyes Hot Springs. By 1949 they had changed the name to The Resort Club.

Highway 12 near Boyes Blvd., looking north, early 1950s. The Resort club building is at right. Beyond it the tower of the Fire Station can be seen.

Bob Lanning was also a photographer. Many of his photos appeared in the pages of the Index Tribune.

Bob was elected to the board of the Valley of the Moon Water district in the 1960s, but his activity on  water issues started earlier. 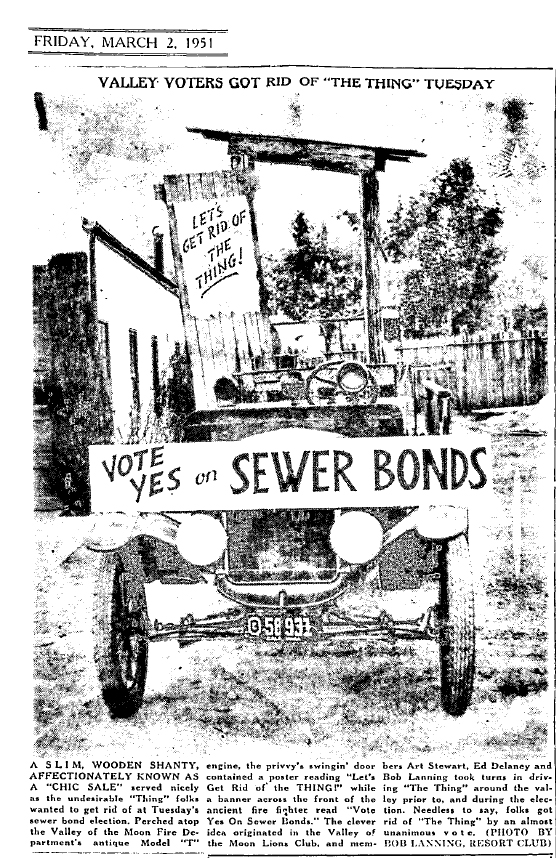 “…Art Stewart, Ed Delaney, and Bob Lanning took turns driving “The Thing” around the valley prior to, and during the election.” Photo by Bob Lanning.

Edith was active in the Sonoma Valley Grange for decades. 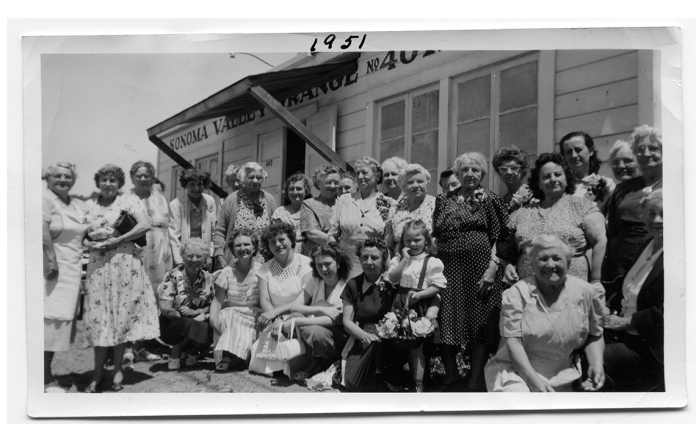 In 1965 the Lannings sold the business to Mr. and Mrs. Leonard F. Bruhn. After selling the club, Bob opened Bob’s Fixit Shop in building on the same property.

In 1969, Pete Mancuso took over and opened his Melody Club.

Pete Mancuso standing at left, standing. On the right is Kim Kimmel, “First Lady of the Hammond Organ.” 1969 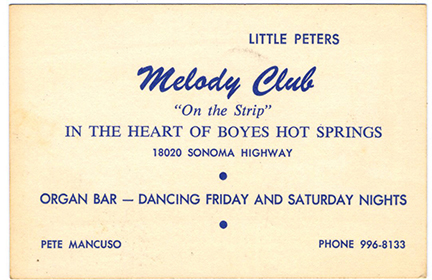 Pete retired in 1983. He sold the club to Doug Graham, but it didn’t last long after that. Lanning Construction moved in in 1984. 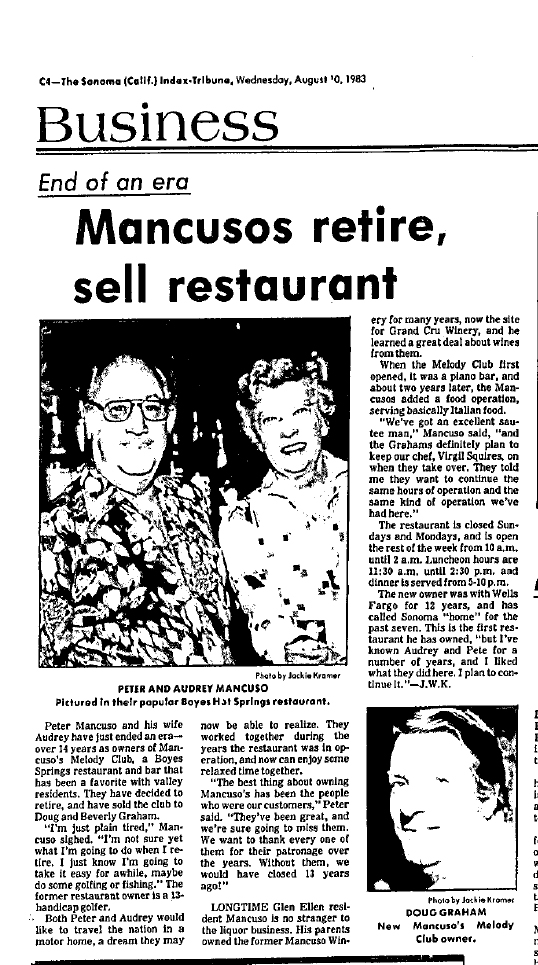 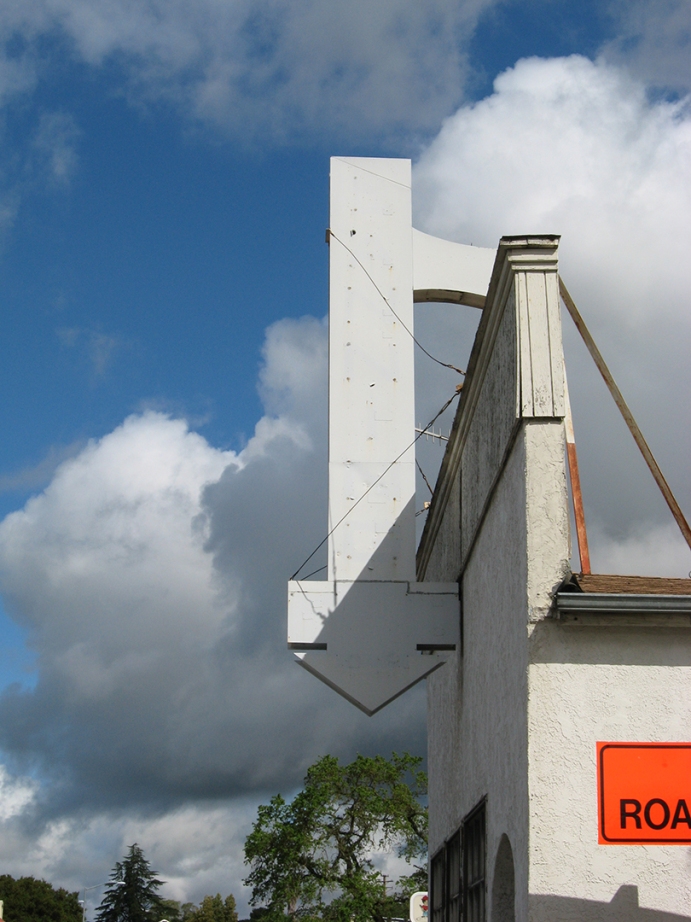 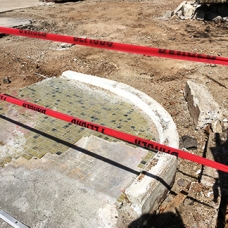 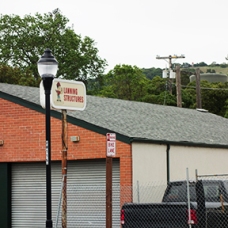 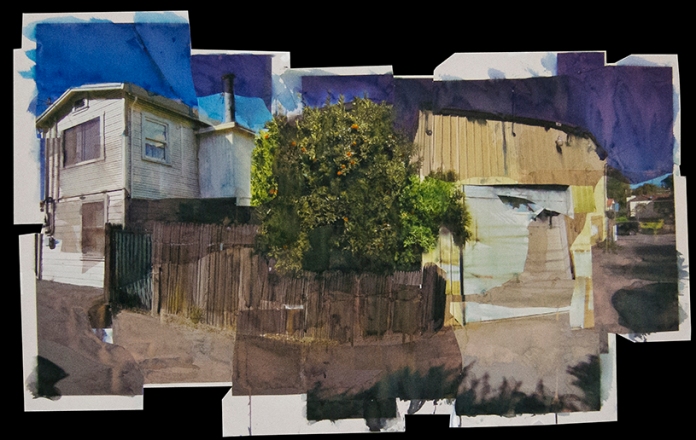 Index Tribune and Grange photo courtesy of the Sonoma Valley Historical Society. Other photos by author and from author’s collection.